Who we are for individuals 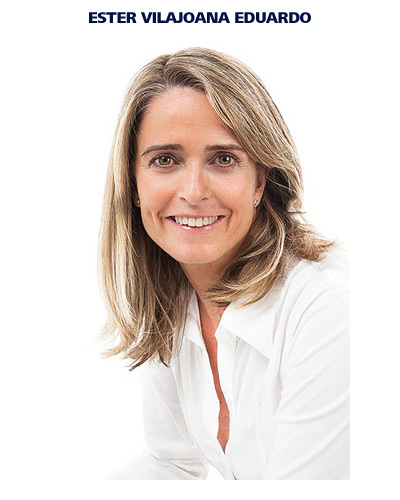 She has a degree in Business Administration and an MBA’91 from ESADE. She is the founder and director of BCN COACHING SOLUTIONS.

Before discovering her true passion, coaching, and reorienting her career towards serving people, Ester acquired 16 years of broad and varied experience in the business world, starting as an employee and then becoming self-employed: six years in Marketing at multinationals (Henkel, Pepsico, Myrurgia), three years as an independent Marketing consultant for PYMEs (small and medium-sized enterprises) and seven years as an entrepreneur, co-creator and manager of an innovative concept of a children’s store (Babystock).

Ester Vilajoana has also completed the first cycle of the Bachelor Degree in Psychology at the UOC (Universitat Oberta de Catalunya) and she has been trained at the highest international level in  the coaching and training centres with the greatest recognition in the United States and Britain (cradle of coaching). She is a Certified Professional Coach (CPCC) from The Coaches Training Institute (CTI-USA) -accredited certification from ICF- and she also has a specialization in each of the areas of coaching that she works with at BCN COACHING SOLUTIONS. More specifically, to develop the highest level of services that she offers at BCN COACHING SOLUTIONS, Ester has the following qualifications:

Certificate in Personal Coaching from The Coaching Academy (UK).

Professional Youth Impact Coach (Coaching Diploma for teenagers and the educational community that accompanies them) from The Coaching Academy (UK). Ester was the first coach with a Youth Impact Coaching Diploma in Spain (diploma that can only be obtained in London) and she was a pioneer in offering coaching for teenagers and their families in Barcelona.

Licensed Team Coach from Team Coaching International (USA) and Accredited Coach in BELBIN methodology from BELBIN Associates (UK). With a deep understanding of and as a regular user of ORSC tools, Ester works with couples using the most advanced methodologies from the systemic coaching point of view. A couple is “a team of two.”

Ester can carry out her vocation and work in Catalan, Spanish, English, French and Italian since she has lived in different countries throughout her life and has learned these different languages in their countries of origin.

For a more detailed CV, see: